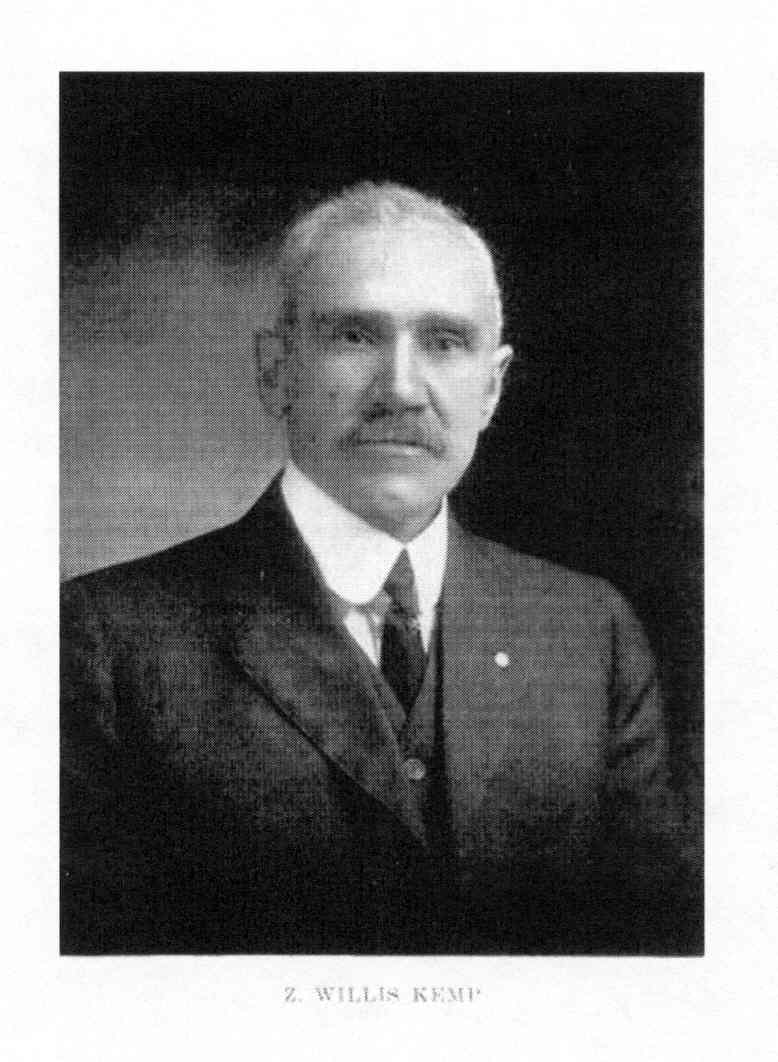 The image featured above is located on USGen Web and is identified as Kemp, Z Willis As I did some exploring on this name, I found quite a lot of information and it reaffirmed the identity of the man whose name I found on the back of a cabinet photo in an album I recently bought at a local shop.  The photo is dated 1884 and when you see the image featured in the post and compare it to the one found labeled in the album it does seem to be the same man.

To my happy surprise there is also a bio of Dr. Kemp located at the same website where I found the photo.  His position as principal of Sanborn Academy in Kingston, New Hampshire is mentioned and his date of birth is given as April 12, 1855 making him about 29 years old at the time he signed the back of the photo I found. His parents are recorded as Charles E. Kemp and Sybil J. Wardwell Kemp.  There is plenty of information about their heritage and the article goes on to note the origin of this line of Kemps as dating back to 1380 in England.

What caught my eye is the documentation of his graduating from Bowdoin College in 1884 with the degree of A.B. This supports what is written on the back of the photo, “very truly yours, Z. Willis Kemp A.B., Bowdoin College ’84. The biography goes on to describe in detail his career, making mention of time spent as a high school principal in Norway, Maine, being elected principal of a high school at Fairhaven, and a few more positions leading up to the post at Sanborn which he took in 1901.

Dr. Kemp began a family on December 24, 1885 with marriage to Mary L. Boynton (daughter of Gardner B. and Sarah G. Boynton of Norway, Maine).  They had eight children and each of them is noted in the biography, including a few particulars about their individual lives. It is several pages long (pp 825-827) and includes the published photo linked to at the top of this article, originally published in 1915 as part of “A History of Rockingham County, New Hampshire”.  The article goes on to say that Dr. Kemp was a Republican and member of the Masonic Order and highlights his wife’s achievements in society at the time.  Both of them are referred to in the present tense since they were still living at or near the time it was published.

I found another link to the family heritage of Dr. Kemp and also a link to an online bookstore where one can purchase the handwritten diaries of Dr. Kemp for just over $2,000.  There are also several library listings for the Diaries of Dr. Kemp.  In the description of the diaries there are even more details about his life. I’m hoping with all of this information I might be able to find out the identities of some of the other people featured in the album.  I feel certain this is a family album of either Dr. Kemp or one of his family members.

Next, I’ll move on to the details of some of the photography studios featured in the album. I learned some interesting things about them as I was exploring online using the names of the studios advertised on several of the cabinet photos.  Since I am someone who likes vintage treasures this has turned into a fun little exercise.  I certainly wish I had such an heirloom in my family and the more I learn about Dr. Kemp the more surprised I am this album landed in a shop and passed down through the family.  With 8 children I would have thought there would be a later generation of this family who would treasure it.

Latin phrase meaning “as it pleases”.  Our blog covers an array of topics.